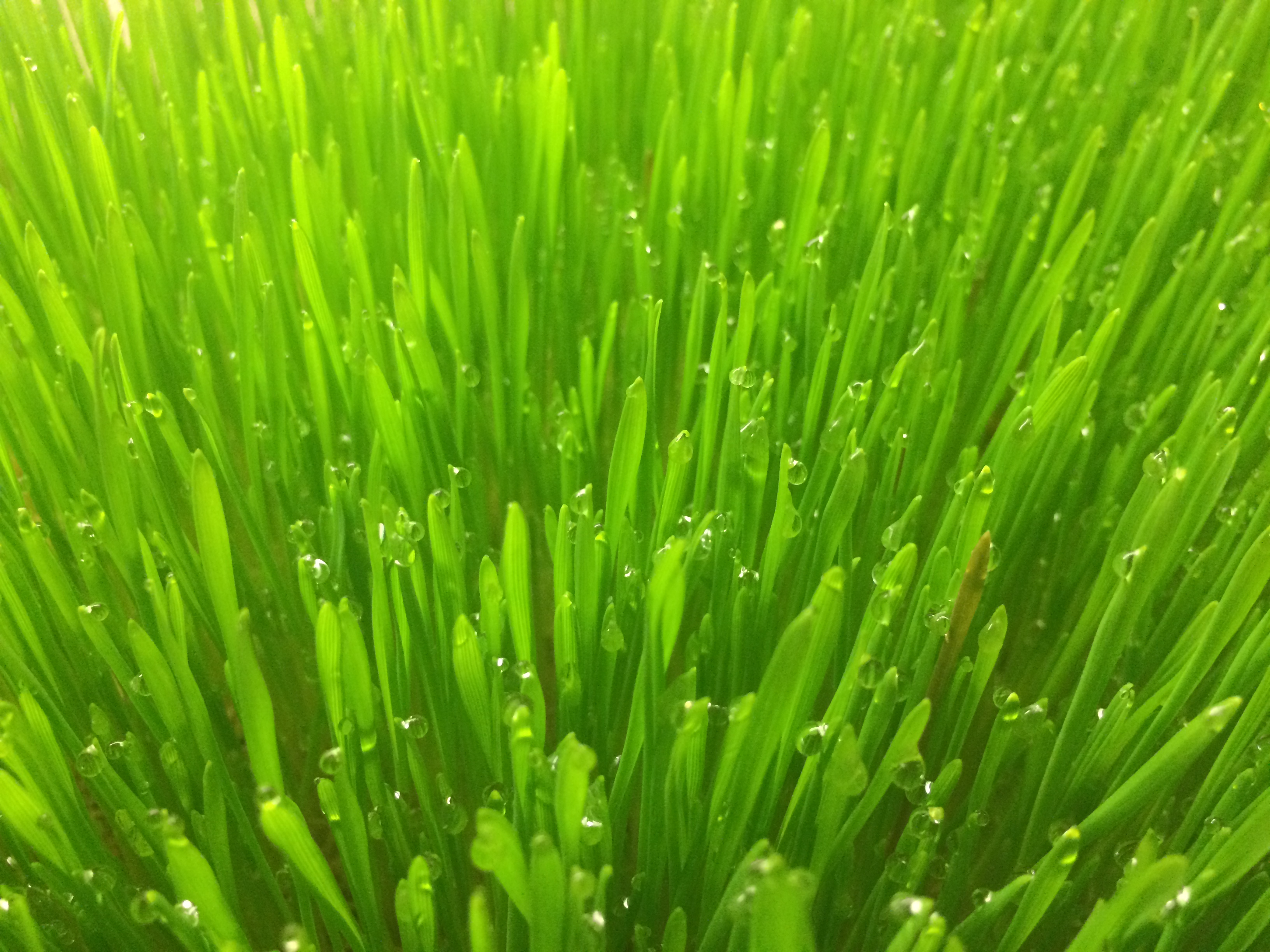 If you have never had a shot of wheatgrass juice, you have not had a full life experience. Many will disagree with that bold statement, but it really is an experience you should try. If you can, make it a habit. Wheatgrass is so good for you, but the taste is not for everyone. It tastes, well, just like grass! If you are like me, as a kid, you would put everything in your mouth. I would chew on grass. So the first time I tried a shot of wheatgrass, it brought back those childhood memories It made me laugh out loud really. Of course as a child, I had no idea that wheatgrass existed and was good for you. Not sure the lawn grass I tried was beneficial. If there would have been wheatgrass smoothies when I was a kid, I might have thought it was weird. I am thrilled they exist now!

After regularly drinking wheatgrass shots, you feel amazing. Your energy levels go up, your skin looks healthy as your body gets detoxified. My goal right now, is to try to get my children to partake in the daily wheatgrass shot. Not an easy task, at all. To date, not a single one of them, will try the wheatgrass shot. So I set out on a mission to disguise the flavor, and get them eat it with out knowing so! a little sneaky, I know, but in the end, the health benefits and the way they will feel, will make it all worth it!

I have a batch of wheatgrass that was just planted today, so I unfortunately do not have it fresh on hand as I write this blog. The anticipation of trying these smoothie recipes, is killing me! I may have to break down and go to Whole Foods or somewhere that will have wheatgrass all ready to be juiced. I guess powdered wheatgrass is an option, but I really prefer the freshly juiced shots. I will definitely be trying these delicious sounding smoothies that I found on incrediblesmoothies.com. Fingers crossed that the kids will not taste the flavor. I also plan to create my own, with cucumbers, spinach, lemon and celery…grapes and pears could make it in the blender too. Getting excited, I think I am off to the store for some kitchen experimenting supplies!

Growing and juicing wheatgrass isn’t as hard as some may think. A recent endeavor into the sprouting world has proven this to me. It started with wheatgrass seeds, trays, organic soil, water and some patience. The result, my own, homegrown wheatgrass to juice as I want, share or sell if anyone is interested!  I have been earning more and more about using food as medicine. Sprouted grains, and seeds fall into the “Super Food” category. So naturally drinking an ounce or two of wheatgrass juice daily, will give your body a super food boost. It is thought to have the equivalent nutrients as 5 pounds of vegetables. Here are a few more reasons why juicing wheatgrass is so beneficial to your health:

2. Chlorophyll has antibacterial properties and can be used inside the body and on the outside.

3. Wheatgrass is high in protein, contains 17 amino acids and virtually every vitamin and mineral known. This composition makes it great to use for its healing properties.

4. Liquid chlorophyll neutralizes toxins within the body, cleansing the liver and has also been said to remove drug deposits from the body.

5. Wheatgrass is high in oxygen, which the body needs and benefits highly from. The brain and blood are very happy in a highly oxygenation environment.

6. The wheatgrass seed contains a starch that is converted from a stored energy into  a quick energy source that is especially good for athletes.  In juice form it is digested quickly and uses very little of the body’s energy to extract the nutrients.

There of course are many, many more benefits to wheatgrass juice, but I just wanted to touch on a few that are really beneficial and in the end can leave you feeling energized, renewed, and hopefully stronger in mind and body.

So what are you waiting for? Ready to grow your own wheatgrass? It really is easy and inexpensive. The most expensive part of the investment is getting a good quality wheatgrass juicer. But if your overall health improves, reduces visits to the doctor, the initial investment is well worth it!

The quality of the wheatgrass you grow or purchase is important. As I have said, it is cheaper to grow your own, but thats not for everyone. Either way, pay attention to the quality.

Harvest time is crucial too, and that is typically around one week after you germinate the seeds at what is called the “jointing stage.”  Some stores that sell wheat grass will harvest it once and then let it grow again for a second harvest. The wheatgrass loses nearly all its health benefits after the first cut. You can regrow it again for your pets, however, the benefits have drastically reduced.  Some also sell frozen wheat grass but this is far less effective than freshly harvested wheat grass.

The taste of wheatgrass juice is not for everyone, but I think you get used to it. Especially when you start feeling the health benefits from it. Next time you are out and about, look for a juice bar, try a shot of wheatgrass either on its own, or in a drink. If you are feeling adventurous, or already enjoy juicing wheatgrass, try growing it for yourself. Below are a couple favorites you can try out, and let me know how it ‘grows’!